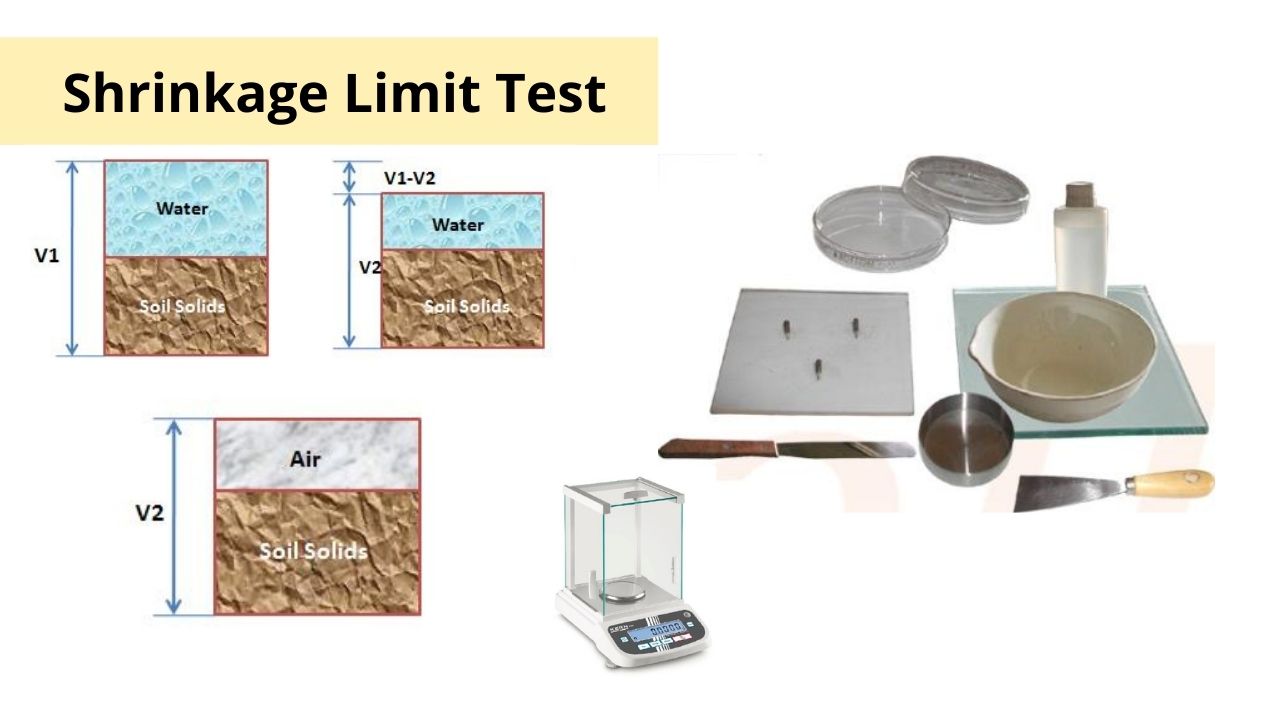 If a saturated soil sample of volume V, (as shown in the figure) is taken and allowed to dry gradually, its volume will go on reducing till a stage will come (up to volume V2) after which the reduction in the soil water will not result in further reduction in the total volume of soil sample.

The water content corresponding to that stage is called as the shrinkage limit.

i.e. Shrinkage Limit = [Weight of water at the stage when sample ceases to shrink] / [Dry weight of sample.]

= [Total wt. of water – Loss of weight of water when sample ceases to shrink dry] / [Weight of sample]

Shrinkage ratio is defined as the ratio of a given volume change expressed as a percentage of dry volume to the corresponding change in water content above the shrinkage limit expressed as % of the weight of oven-dried soil.

The concept of shrinkage factors of cohesive soil is useful in evaluating the behavior of slopes of dam and cuts particularly relating to the possibility of development of cracks in earthwork.