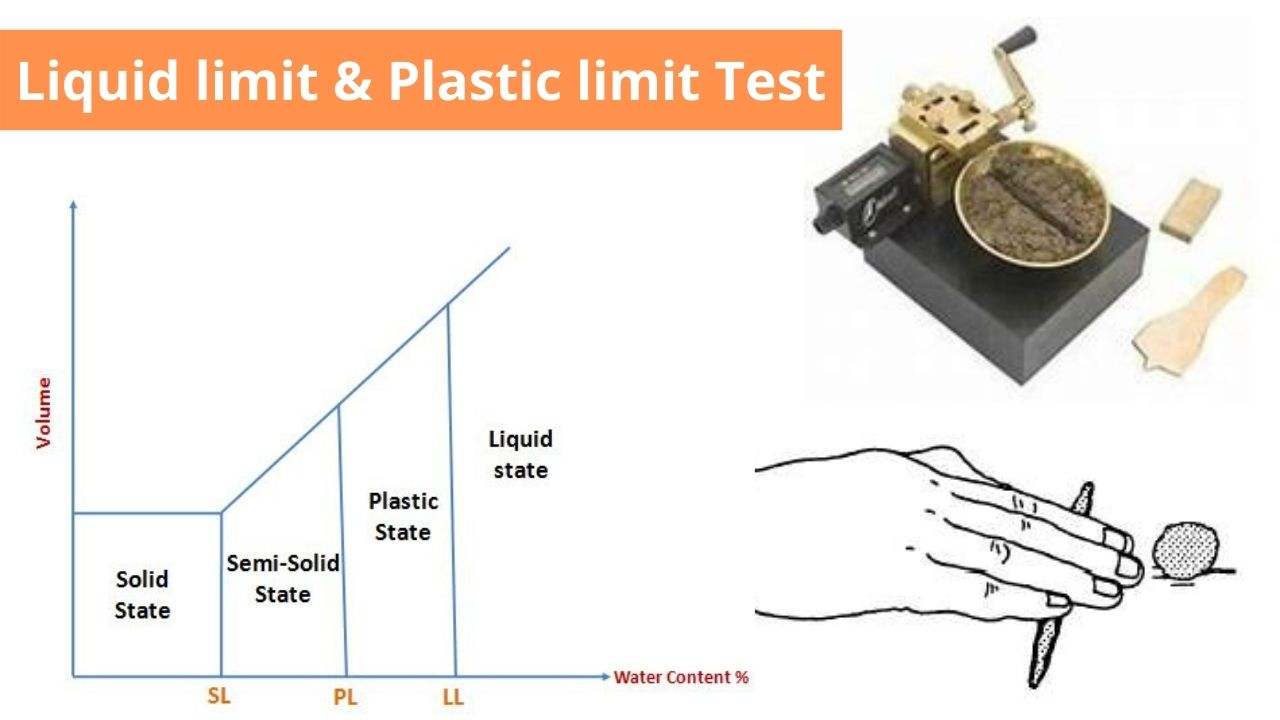 The object of the experiment is to determine the liquid limit and plastic limit of expansive nature soil.

The consistency is generally measured by Atterberg’s system which recognizes four stages,

A fine-grained soil such as clay will pass through these stages as the moisture content changes. Refer fig. below:

When sufficient water is added to a soil mass, the result is a mass that will deform freely without breaking. The soil has no shear strength.

During the drying process, initially, the liquid state reaches a consistency at which the “Soil ceases to behave like a liquid and begins to exhibit the behavior of a plastic deformation but no friction under constant load).

At this stage, the shear strength begins to appear. The small shearing strength against flowing can be measured by a standard liquid limit device.

The water content at this stage is called Liquid Limit (L.L).

In other words, it is water content corresponding to the arbitrary limit between liquid and plastic state of consistency of soil.

As the drying process continues, the soil volume and the plasticity decreases.

It is defined as the minimum water content at which a soil will begin to crumble when rolled into a thread approximately 3 mm diameter on a glazed plane glass plate.

Finally, the water content at which the soil ceases to shrink is denoted as the Shrinkage Limit (S.L.).

In other words, shrinkage limit is defined as the maximum water content at which a reduction in water content will not cause a decrease in the volume of the soil mass.

Precautions should be taken during liquid limit test:

The practical significance of the Liquid limit and Plastic limit lies in their ability to reflect the types and amounts of clay minerals present in the fine fraction.

The high value of Liquid Limit and plasticity index indicate that the soil has a high percentage of clay and colloidal sizes of more active type minerals, and such soil possesses a poor foundation or traffic load-bearing capacity.

Also, the results of the test are of great use for the classification of soils, design of footings, and predicting consolidation settlement.