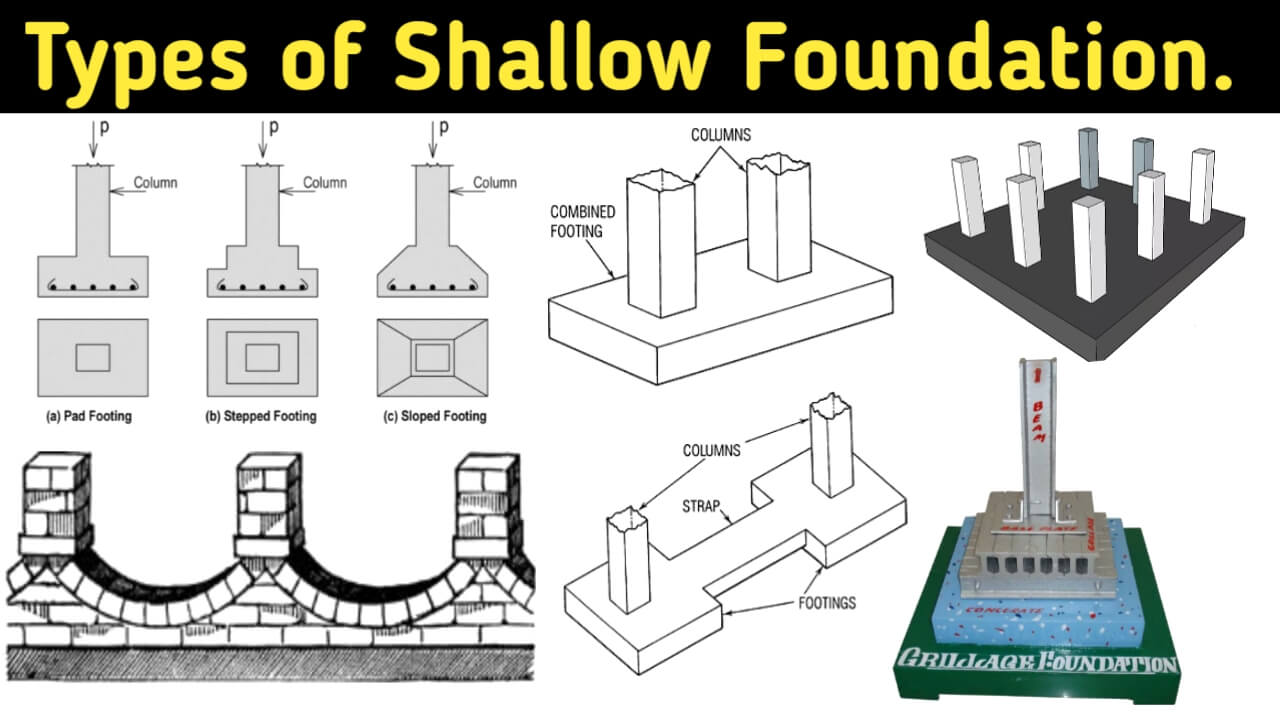 What is Shallow Foundation?

Various types of shallow foundation are given below.

What is spread footing?

The spread footing is one types of shallow foundation. In this type of foundation, the lower part of the foundation is gradually widened. So that the load of the structure is distributed over a large area and the intensity of the load on the base.

Where spread Footing is used?

When the building is not a multi-storey, load of column is less and, soil bearing capacity is  meet in less depth in this case the spread footing is commonly used and it is economical.

Why spread footing is important?

Spread footing is important in a view of cost. Because it is economical compare to other foundations.

When the wall is under heavy load or the soil bearing capacity is low, then the width of the base of the wall (2 times wall thickness + 2 times projection) is required.  So that the width of the masonry increases and the load can be transferred over a large area of ​​concrete.

The reinforced concrete footing is also one type of shallow foundation. The size of wall footing is greatly increased when the wall is under heavy load and the bearing capacity of the soil is low.

In such a case it is advisable to place rainforest concrete footing under the wall. Such footing reduces the amount of masonry. Costs also decrease. A layer of concrete 7 to 8 cm thick is laid under the reinforced footing.

Combined footing is used in the following cases:

This type of footing prepared by combining two RCC Footing with RCC strap. The RCC strap only acts as a beam connecting the two footings.  It does not take soil reaction from below.

Where cantilever footing is used?

When the distance between the two columns is greater and the allowable soil pressure of the soil is higher, strap footing is cheaper than combined footing.

Where raft foundation is used?

2 thoughts on “Shallow Foundation | Types of shallow foundation, Where Use.”